“The antiprogesterone action of mifepristone” Pubmed 2716908. 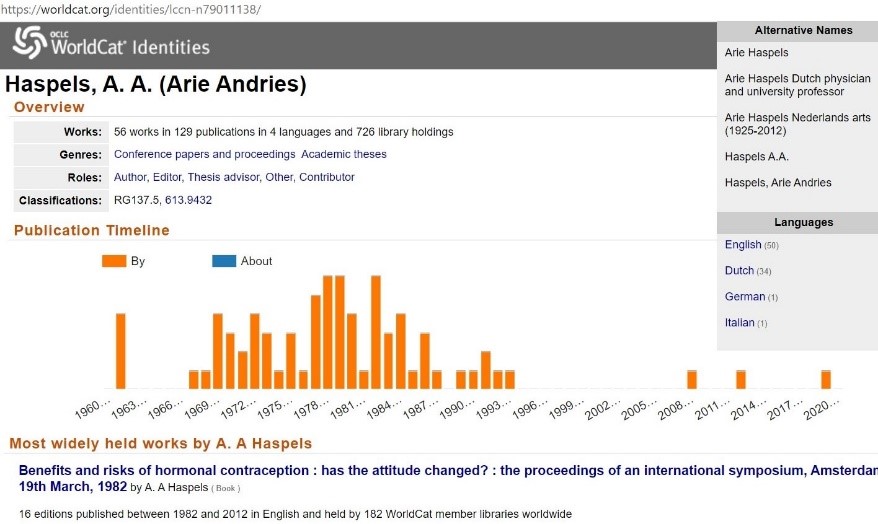 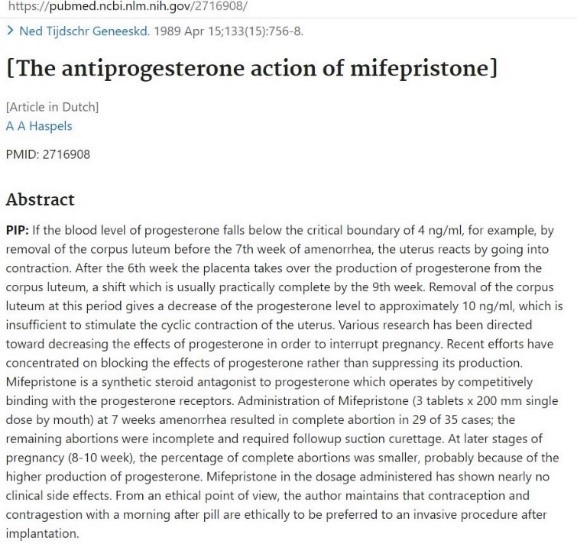 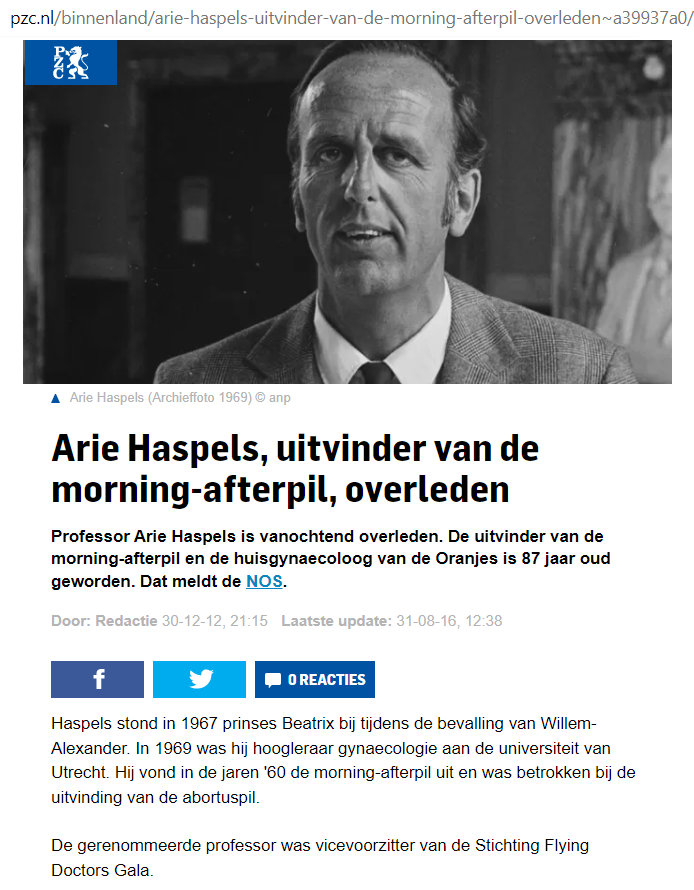 In 1881 Holland started the New Malthusian Union (NMB Nieuwe Malthusiaanse Bond) to promote birth control in the working classes in order to reduce large families [3]. The secretary of the union was Dr Rutgers. Clinics giving sexual advice were established all over the country in the 1930s. In WWII Nazi Germany loved eugenics (selective breeding), but wanted the pure Arian race to breed more. This was not in line with the New Malthusian Union, so it was dissolved. After the war, new organizations came in their place.

In the 1960s, as Dr. Len Horowitz writes, “the Eugenics Society of England adopted what they called Crypto-eugenics, stating in their official reports that they would do eugenics through means and instruments not labeled as eugenics.”

“With support from the Rockefellers, the Eugenics Society (England) set up a sub-committee called the International Planned Parenthood Federation, which for 12 years had no other address than the Eugenics Society. This, then, is the private, international apparatus which has set the world up for a global holocaust, under the UN flag [4].”

Prince Phillip (England) has advocated his desire to “cull” the surplus human population [5], saying that if he could be reincarnated, he’d like to return as a killer virus to lower human population levels.

In 1952 two Dutch doctors helped found IPPF International Planned Parenthood Foundation. One of them was an abortionist, the other a sexologist.

Holland, according to the Encyclopedia Britannica, was one of the world’s most densely populated countries up till the 1960’s [6].

Today, a Dutch organization called “The Club of Ten Million” (www.overpopulationawareness.org) says on their website that Holland “is one of the most severely overpopulated countries in the world” and wants the population to go drop the current 17 million back down to 10 million again [7].

Zo kwam Wedgewood langszij, en produceerde in grote getallen ‘medallions’ van ‘am I not a man and a brother?’